Ellie was diagnosed at a very young age of 6 with a rare PXA (Pleomorphic Xanthoastrocytoma) Brain Tumor. Her tumor was the size of a small cantaloupe and her brain was filling with fluid so she went into emergency brain surgery within 24 hours of discovering the brain tumor.  The doctors had to close her up after 9 hours of surgery because she began to bleed too much. 10 days later she underwent another 9 hour brain surgery. During this surgery Ellie had a stroke. By the end of both surgeries Ellie’s tumor that was left on the brain stem was the size of a small orange.  Ellie then began chemotherapy in March of 2011. Ellie was on a 6 hour chemotherapy infusion once a week. In September of 2011 the doctors said that Ellie’s tumor was continuing to grow even on chemotherapy and she needed to have another brain surgery to attempt to remove more of the tumor. After this successful 8 hour surgery Ellie’s tumor was now the size of a large strawberry.  Ellie then continued with chemotherapy for the next 7 years, sometimes once a day chemotherapy and others 9 pills every 8 hours, with only two breaks for a few months. In 2017 due to issues she was pulled from a chemotherapy study, she had to switch chemotherapy regimens again. During this time her Dad and I decided to give her a break over the summer. During this time Ellie’s tumor did not grow and she was able to complete her entire 8th grade year and begin freshman year of high school not on any chemotherapy.  She had energy for the first time since kindergarten and it was amazing to watch. The doctors monitored her tumor regularly and in December 2018 her tumor began to grow once again. Ellie had another brain surgery in January 2019 where they removed what had grown but again ellie still had a substantial brain tumor on her brain stem that they were unable to remove. While ellie was in recovery her tumor biopsy came back and her tumor was now a grade three. The doctors plan was to hit it with radiation and then chemotherapy.  We had a vacation planned already for a year and the doctors felt it was safe for us to go on this vacation and start treatment when we arrived back. Ellie’s pain grew and it was really hard for her to want to do anything but lay around. Before we left on vacation the pain was so incredibly difficult that she had to have a shunt put in so that fluid could drain from her brain. We were very hopeful that this was the answer. In March we went on a cruise and during the cruise Ellie had a seizure and was unresponsive. This was the first time this ever happened and was probably the scariest moment of her treatment thus far.  We were taken off the ship in Jamaica and transferred by ambulance to a hospital. I was thinking in my head that her shunt had malfunctioned and needed to be taken care of. After two days in Jamaica with no doctor able to treat Ellie we were airlifted to Miami Children's hospital. We started in the regular room but before long ellie ended up in the ICU. Ellie was in the ICU for 23 days and had several brain surgeries and a stroke during this time. Ellie was unresponsive as the tumor had grown within a very short time and now spread to her entire brain and spine. Ellie was airlifted home on April 22nd to Lurie Children's Hospital ICU where she sadly passed away on April 24th.

If you want more details on the journey please feel free to read my blog.  This is a general idea of the journey Ellie was on for 9 years.

What makes Ellie such an extraordinary girl:
Ellie had
• over 1600 Chemotherapy doses
• 9 brain surgeries
• Hundreds of MRI’s, Blood transfusions, catscans, Platelet transfusions, and doctor appointments
• Through all of this she still did her best to go to school and do her best.  She was a cheerleader, golfer, Martial Artist, Singer, and Actress.
• She never let her brain tumor or chemo stand her in her way from doing things she loved.
• But what made her even more extraordinary was her outlook on life.  Here are just a few things that stand out and why #elliestrong movement has taken off
•When asked Ellie chose the color green as her favorite color because “it represents growth. It’s the color of life and energy.”
• Ellie also had a quote “Live on, follow your dreams”
• Ellie was a super kind and giving individual and made an impact on everyone she ever met. 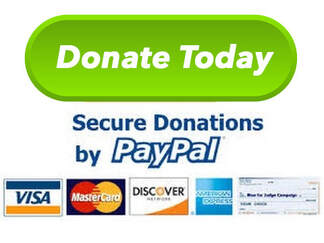 100% of donations go to the #elliestrong forever foundation.  This foundation has 3 goals.  Help families affected by cancer "live on, follow their dreams, keeping Ellie's spirit alive through RAK's and other community projects, and providing a #elliestrong scholarship.
Ellie, a sweet, kind 14 year old that lost her life after a 8 year battle with a brain tumor.